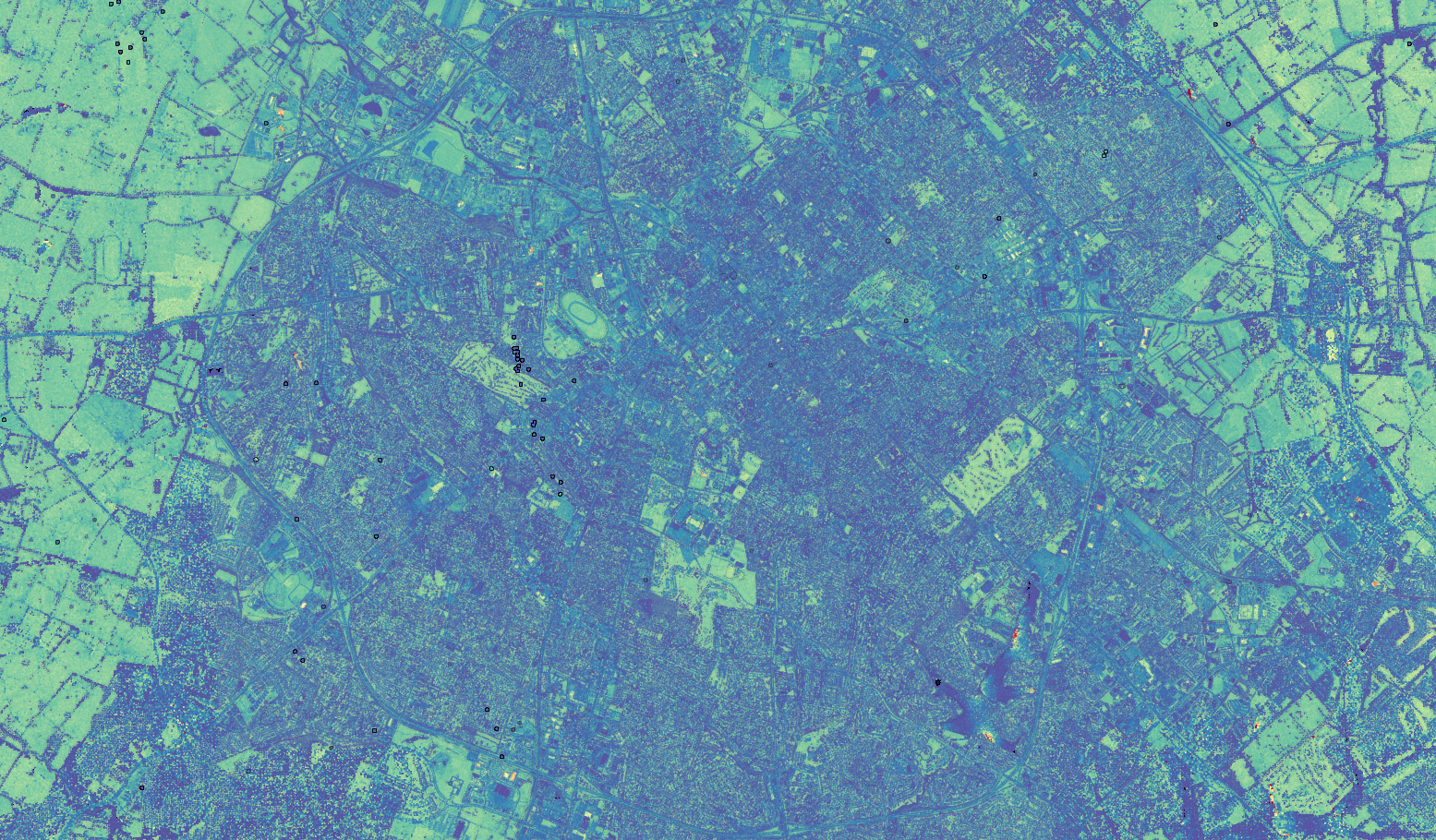 Lexington, KY from above

LiDAR is a way to capture 3D scenes, akin to photographs capturing 2D scenes. The data itself has some attributes such as \( x \), \( y \), and \( z \) values representing a point in space, along with some other metadata like GPS time (when the point was captured), scan angle (the angle between the LiDAR sensor and the captured data point), etc. When viewing the points, the result is a point cloud which can be colored by whatever feature you want, e.g. time or intensity. However, depending on the data collection specifications, some features might not be included. In the case of the Kentucky LiDAR data, the scan angle is not included. Moreover, features such as intensity seem to be dependent on the scan angle. To account for this variation, estimating the scan angle, and hence reconstructing the flight route of the LiDAR sensor, is crucial.

Computed scan direction vectors for a flight over Frankfort, KY

One of the key features included in LiDAR data is the number of returns. Essentially, whenever a pulse from the LiDAR sensor passes through a semi-transparent material (such as a leaf), that will register a return and this process continues until the pulse hits bare earth. These returns are then recorded as separate data points, but can be grouped together via the time or the scan angle. To reconstruct the flight route of the LiDAR sensor, working with the times with multiple returns is a good start. Using the times with multiple returns, the scan angle can be recovered by computing a difference vector between two points with the same timestamp as follows: \[ \mathbf{d}_t = \frac{P_1 - P_2}{\lvert\lvert P_1 - P_2 \rvert\rvert}, \] \[ \mathbf{d}_t = \begin{cases} \mathbf{d}_t & \text{if } d_z \geq 0 \\ -\mathbf{d}_t & \text{if } d_z < 0 \end{cases} \] This gives us a normalized scan direction vector that is oriented toward the direction of the flight route. Now for each time where multiple returns are recorded, there is a scan direction vector that gives an indication of the LiDAR sensor's flight route.

Estimate of flight over Frankfort, KY